Thanks to Mariah, Cliff Jones Jnr, @Gamerwriter, and @Marisadee13 for your words and phrases that made up these Exquisite Corpse results over the Christmas period! 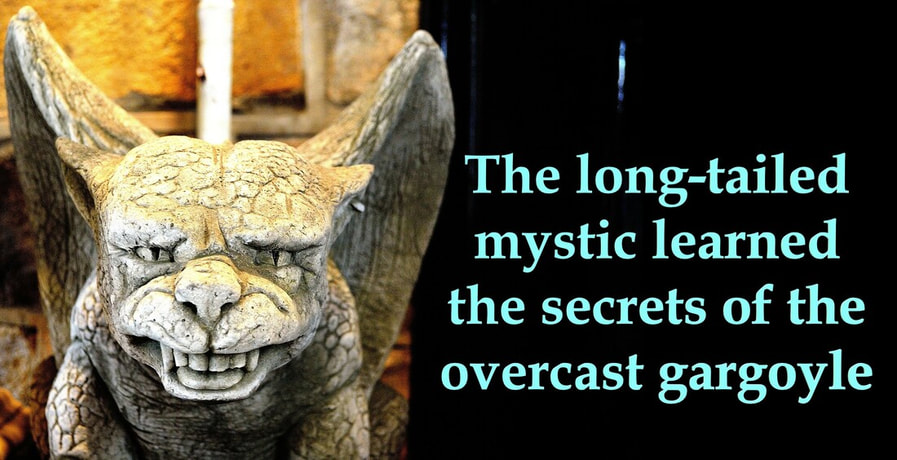 ​​An “overcast gargoyle”… Can a gargoyle be so much a part of its environment that it’s characterised by the weather? Or, being so closely bound to the weather, even have some command over it? For rain and shadows are where it hides, and it can weather whatever weather may come.

​Hewn from stone and knuckled against the cold, the creature leans out from the rooftop, staring over its domain – the shadowy churchyard. There’s the one he searches for: a dark human figure, closing the gate behind her. The one who claims to know a magic of her own, and can free the gargoyle from the building to which he is bound. But can he trust her?

A deal’s a deal. A magic for a magic.

Here she comes, picking her way around the gravestones. All dressed in black, her long coat tails flapping in a freshly conjured wind.

​“Mellifluous” means to speak in dulcet tones. This is an icicle that speaks; yet for now she wanders, not caring, perhaps melting a little over the storefront, which has lain empty and abandoned since the big freeze. No-one’s going to pay for heating that will prevent the likes of her crystalising behind shop windows, where only two weeks ago smiling faces peered at clothes and toys they itched to buy, steaming up the windows with their breath.
​
The icicle may not care, for now; she doesn’t believe there is anything worth watching. But her telescope companion thinks otherwise, a forgotten gift item that has ideas of its own. He knows something of the strangeness, the savagery, of humankind when it goes hungry. He watches the snowy street for the stirrings, for the first signs of war. 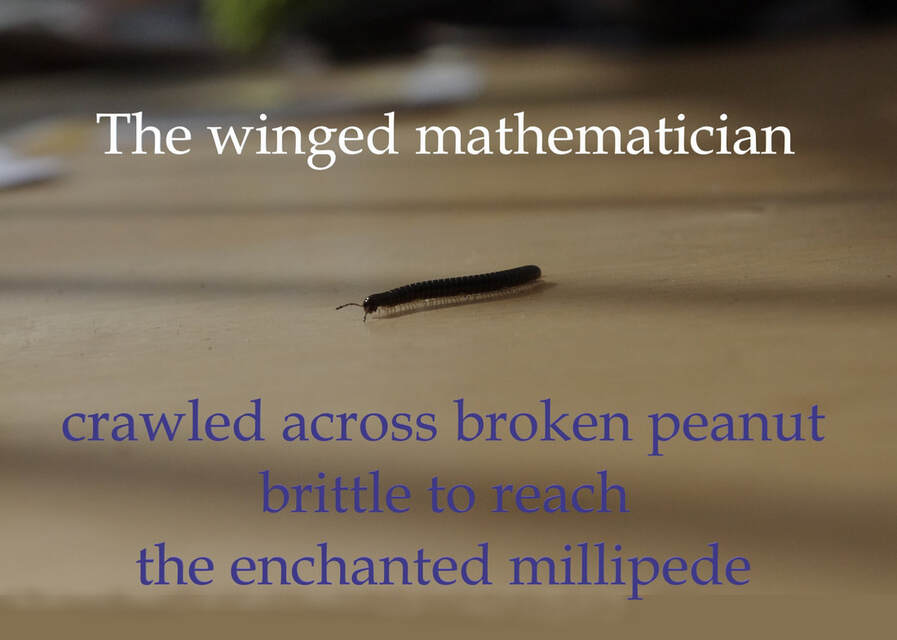 The mathematician is winged, and yet she has to crawl? What happened here? An accident involving peanut brittle? Or maybe – it was poisoned.
​
It lies strewn across the floor and the mathematician, groaning in pain, grapples her way across to her enchanted millipede. Why would she keep such a creature in her office, why enchant such a strange creature? Perhaps millipedes contain some kind of mathematical magic – since their name implies a thousand legs, yet they usually only have around 300. Things are not what they seem.

Thanks for reading, and don't forget to play Exquisite Corpse!

A few mixed-up words and phrases may inspire a short story or even a novel.

The power is in your imagination.